Despite the hefty prices, Apple’s MacBook Pro has a loyal fan base, especially the compact 14-inch model presented at the end of 2021. This may convince all along the line in the test and is now getting a successor with the MacBook Pro 14 inch 2023 – in an unchanged design, because the innovations are under the hood.

The best MacBooks from Apple 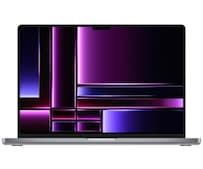 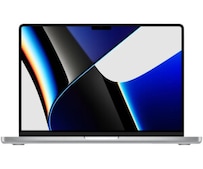 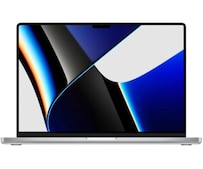 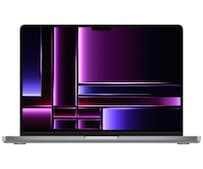 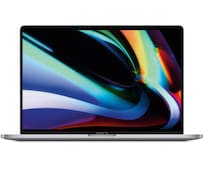 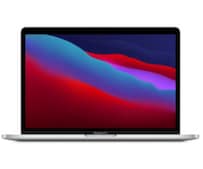 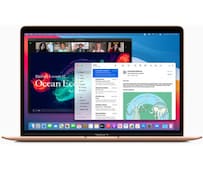 The decisive reason why Apple builds its own processors: they are perfectly matched to the operating system, significantly faster than the Intel chips previously used and with significantly lower power consumption. The M2 Pro does it again, like the M2 Max in the MacBook Pro 16 inch 2023 with more cores in the processor: In the smallest model tested, these are two computing cores and two graphics cores. Then total ten cores (six fast and four efficient) and 16 graphics cores. The more expensive variants of the M2 Pro then have eight fast and four efficient computing cores as well as 19 graphics cores. But even the “small” M2 Pro provides a noticeable boost in speed when working, but it is slightly smaller than the M2 Max. It doesn’t matter, it’s still enough for a very good speed mark with performance-hungry software for photo and video editing like with Adobe Photoshop CC – the predecessor “only” gets a good grade. Gaming is also better with the MacBook Pro 14 inch 2023: The M2 Pro calculates with the screen resolution (3024×1964 pixels). 46 frames per second. If you reduce games to 1920×1200 pixels, you even get 100 frames per second.

The built-in display of the MacBook Pro 14 inch 2023 does not differ significantly from its predecessor. Not bad, because that was already great and the technology used is still great in 2023: The mini-LED technology with thousands of tiny LEDs takes over the backlighting and takes care of it Contrast greater than 10,000:1 – a value that is otherwise only achieved by OLED displays. Although the maximum brightness of 1,565 candelas per square meter is completely oversized for office, it makes a visible difference in photos and videos with an extended contrast range (HDR). Due to the enormous brightness, the MacBook can also be used outdoors with ease – reflections on the high-gloss display are simply faded out. The resolution remains the same as in the 2021 model 3024×1964 pixels. And the webcam is again in a recess in the middle (see image below). Apple uses the space next to it for the menu bar.

Very similar to the 16 inch model

With older Pro models in the MacBook series, there was a clear distinction between particularly small and light models (13 inches) and particularly powerful ones (15 and 16 inches). That has been different since the end of 2021: The MacBook Pro 14 inch 2023 comes with (almost) the same hardware like the 2023 16-inch model – there are only three differences: the battery is clear, the display is a bit smaller and the built-in speakers have a little more space in the 16. The similarity is also noticeable in the price difference, which with comparable equipment is only 230 euros in favor of the 14er. And one innovation that both 2023 models have in common: the HDMI socket has become faster. You can also connect an 8K display – or a faster one gaming monitor with 4K resolution and a display of up to 240 frames per second.

Touchpad size / quality and operation of the touchpad

Quality and operation of the touch screen

A disadvantage of the new CPU: The M2 Pro consumes a little more power. This puts pressure on the battery life compared to the predecessor: The MacBook Pro 14 inch 2023 managed 6:22 hours with one battery charge in the test, the predecessor was a good three quarters of an hour longer. The fans also have to run a little more under full load and turn up a little more with 2.1 sone (2021 model 1.9 sone). Also great: In normal operation, the MacBook Pro 14 inch 2023 works silentlythe fans are mostly off.

A great display, a lot of power without a lot of noise and a long battery life: The new MacBook Pro 14 inch 2023 (Test grade 1.7) is convincing across the board. The faster M2 Pro processor gnaws at the battery more, but you can still work more than six hours with one charge. And then a little gambling is also really fun. The biggest point of criticism is that the MacBook Pro cannot be upgraded after purchase, even in the 2023 edition.