Apple | From now on with the M2 generation: Apple presents the revised MacBook Pro | macbook

From now on with the M2 generation

Apple has the new today 14 and 16 inch MacBook Pro presented to the public with M2 Pro and M2 Max. The next-generation Pro chips are used and, according to the manufacturer, ensure energy-efficient performance and improved battery life. The new models are primarily aimed at professional users.

With the M2 Pro and M2 Max, rendering of effects is said to be up to 6 times faster than was the case with Team Blue CPUs. When it comes to color corrections, Apple speaks of a doubling of the speed compared to the fastest MacBook Pro with an Intel processor. The battery life is specified as up to 22 hours. No Apple notebook is said to have lasted longer than that.

The new MacBook Pro also supports Wi-Fi 6E, which is up to twice as fast as the previous generation, and HDMI including 8K display support. The RAM can be expanded up to 96 GB. Furthermore, the new Apple notebooks have a Liquid Retina XDR display and a 1080p FaceTime HD camera or an audio system with six speakers. macOS Ventura is already pre-installed as the operating system.

“The MacBook Pro with Apple chips changed everything, giving pros the power to take their workflows to the next level on the go and do things they never thought possible on a laptop‘ said Greg Joswiak, Apple’s senior vice president of Worldwide Marketing.

MacBook Pro also delivers consistent performance whether it’s plugged in or running on battery power. Apple’s MacBook Pro with M2 Pro has a 10- or 12-core CPU with up to eight high-performance cores and four high-efficiency cores for up to 20% more performance than the M1 Pro. The GPU with up to 19 cores delivers up to 30% more graphics performance and the Neural Engine is 40% faster. 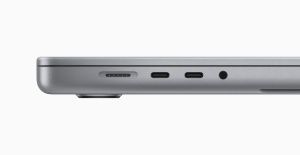 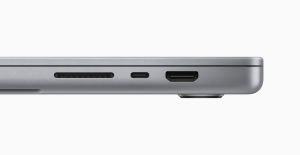