And once again we were caught in boundless naivety! Because we thought that if you buy a brand new Apple MacBook Pro with a high-end chip called M2, EVERYTHING in it is faster than the previous 2020 model with M1 chip. Of course, also the built-in SSD. But wrong thought! Apparently for cost reasons, Apple installed a much slower “hard drive” model in the entry-level 256 GB SSD model. In plain language: The brand new MacBook Pro M2 has a 50% (!) slower read speed and a 33% slower write speed than the 2020 MacBook Pro M1. Unbelievable, but true! Small consolation: If you buy the (of course more expensive) model of the Apple notebook with a 512 GB SSD, then the SSD is as fast as the M1 model from 2020. The much slower SSD was installed as “only” in the 256 GB model. Greater consolation: The MacBook Pro M1 is currently still available from Amazon with a heavy discount. However, if word gets around that the SSD is much faster here than in the newer model, then the discounts should soon be over. 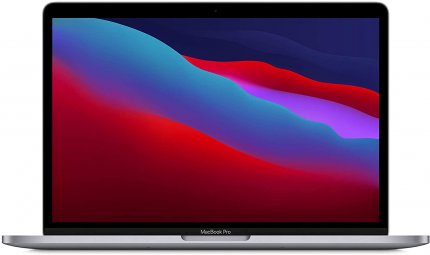 The Apple MacBook Pro M1 (2020) with 256 GB SSD is not only much faster when reading and writing SSD, but also 480 euros cheaper than the new model with M2 chip.

You can still buy the MacBook Pro M1 at Amazon with big discounts. The online retailer offers the model with 8GB RAM and 256GB SSD for 1,118.98 euros instead of 1,412. Compared to the new MacBook Pro M2 with, as mentioned, a much slower SSD, you even save a whopping 480 euros. Amazon is also offering other 13-inch, 14-inch and 16-inch models of the Apple laptop with discounts of up to 350 euros. And the MacBook Air M1 can also be used to save a lot at the moment. The model with (also faster) 256 GB SSD only costs around 900 euros.

Also worth reading: iPad Pro 2021 cheaper: up to 350 euros discount at Amazon

Mac Mini & iMac also much cheaper to buy at Amazon 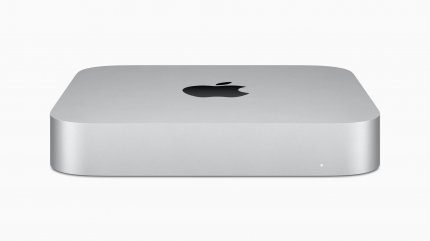 After the launch of the MacBook Pro M2, there are not only some models of the MacBook Pro M1 and MacBook Air M1 cheaper. Mac Mini and iMac with M1 can now also be bought from Amazon at significantly lower prices than from Apple. So you get the Mac Mini M1 with 8GB RAM and 256GB SSD for just 699 instead of 778 euros. The Apple iMac M1 (2021) 24 inch with 8-core CPU, 7-core GPU and 8GB RAM as well as a 256GB SSD can now even be bought at a discount of over 200 euros.

iMac M1 with discount at Amazon

Also worth reading: Amazon is making e-bikes cheaper: 11 e-bikes for men/women under 1,350 euros

Among the first devices from Apple with the M2 chip are the 13-inch MacBook Pro laptop with up to 24GB of RAM, as well as the 13.6-inch MacBook Air M2, which has been redesigned from the ground up. Manufactured with second-generation 5 nanometer technology, the M2 offers an 18 percent faster CPU, a 35 percent more powerful GPU and a 40 percent faster neural engine than the previous M1 chip, according to Apple. The M2 is also said to offer 50 percent more memory bandwidth than the M1. After the MacBook Pro and the MacBook Air M2, the successor to the M1 chip is to be used in the iMac 24 inch 2022 and Mac Mini 2022. While many apps had to be reprogrammed for the M1, the comparable architecture of the upcoming SoC eliminates this work. Apple M2 continues to rely on the 8-core architecture of the M, but the CPU cores are supposed to be clocked faster. The first Apple devices with the M2 chip have recently been on the market.

Also worth reading: lawnmowers from Gardena, Bosch, Einhell up to 51% cheaper – robotic lawnmowers up to 32% discount

You can find lots of top offers in our Daily Deals, which are updated daily: graphics cards, motherboards, gaming monitors, gaming mice, gaming chairs, televisions, gaming highlights and many other products for PC and console gamers from Amazon, Media Markt and Co .at often greatly reduced prices.

Jump to the comments (1)