The Mac application TG Pro The latest version now also supports the new MacBook Pro and is able to manipulate the fan speeds of the portable computer at will. With version 2.7 from June 26, the hardware tool now also works with Apple’s M2 processor. 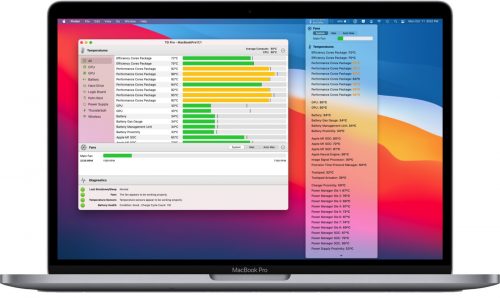 After starting, the app shows the temperatures of all built-in temperature sensors and provides information about the current fan speeds. The fan can then be set faster with the app if desired, but it can also be controlled completely manually and thus overwrites Apple’s automatic function.

TG Pro can be tried and used free of charge for 14 days after the first start, but if you want to upgrade the application to the full version, you have to purchase a license. These currently cost a one-time fee of 10 euros per Mac. 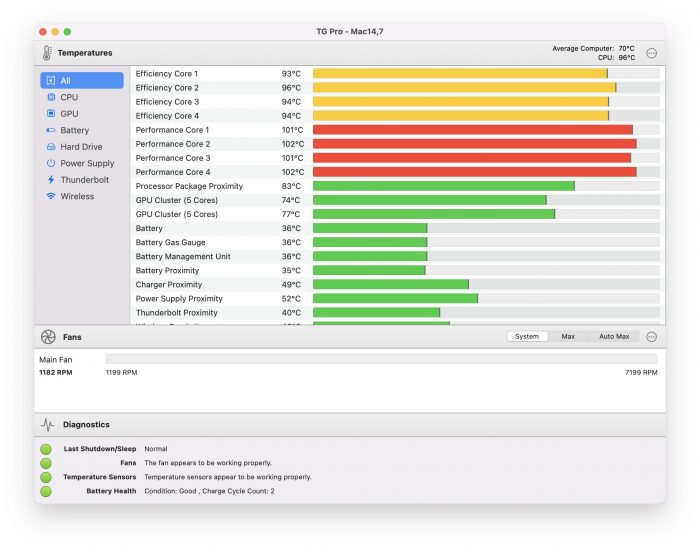 In addition to the main window, TG Pro also has a menu bar display that allows direct access to a tabular display of all current temperature values. TG Pro not only shows the processor temperatures, but also those of the logic board, hard drive, display, memory, GPU and power supply.

Stats as a free alternative

The 13 megabyte download is aimed more at die-hard nerds than at superficially interested users who also like the temperature display of the Freeware application Stats should suffice. 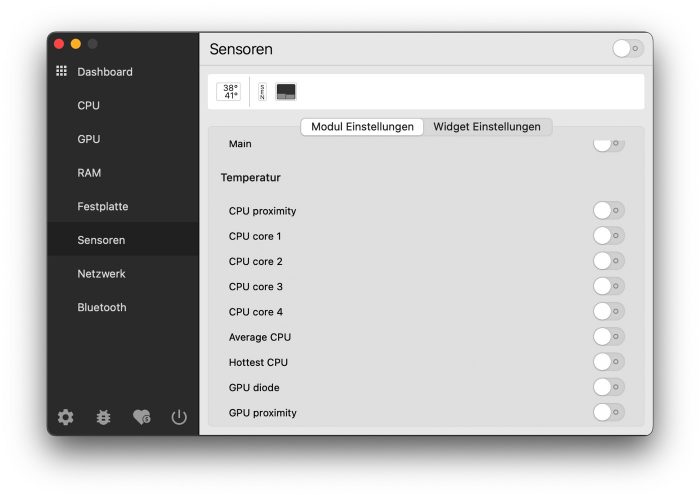 Although this does not allow the fan speeds to be influenced, it informs you about the temperatures that are important to you directly in the menu bar and can also be used without payment.

According to the software studio responsible for TG Pro, Tunabelly Software, Apple’s M2 chip has a temperature limit of 105 degrees Celsius. With the help of the free stress test app, the software providers have set the new Apple chip to maximum load endurance brought.