Apple is breaking new ground with the iPhone 14, at least as far as the hardware used in the non-pro models is concerned. The manufacturer is finally creating greater differences between the cell phones that justify the surcharge on the Pro model. But this (still!) comes with a small problem: The model series is currently cannibalizing itself with another series. We tried the iPhone 14 Plus.

Admittedly, the iPhone 11 had rounder edges around the display, but otherwise much remains the same. The iPhone 14 Plus has the same angular design as devices since the iPhone 12 and a very similar camera cutout on the back. In itself, that’s not bad, because the quality is as of Apple usual excellent. The workmanship is impressive and thanks to IP68 it is still protected against the ingress of water and dust. 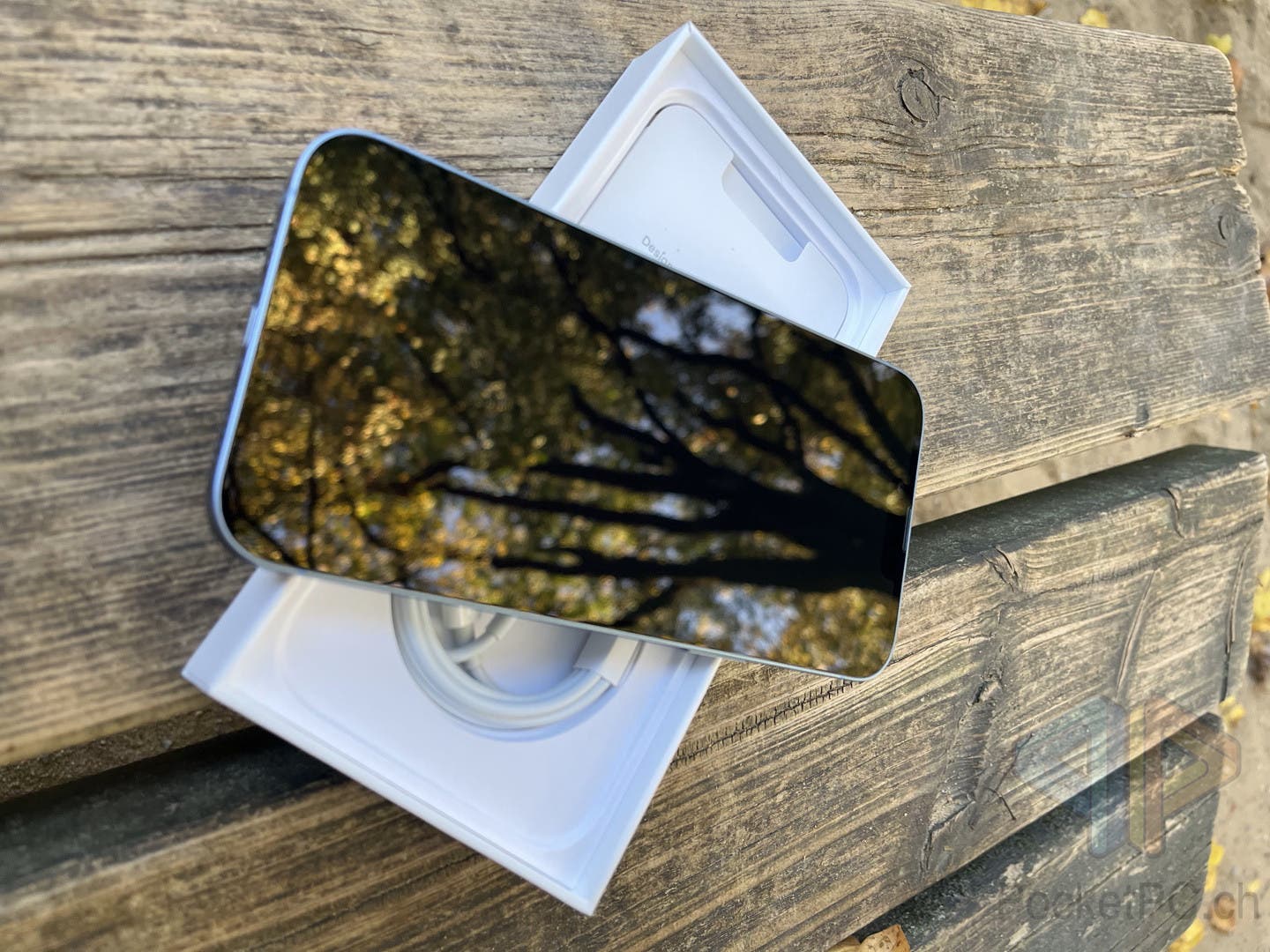 iPhone 14 (Plus) tested with hardware from the predecessor

The iPhone 14 is a strange mix of technology from the iPhone 13 and iPhone 13 Pro Max. Inside, the Apple A15 Bionic of the Pro model (with the more powerful GPU) does its job. In addition, the 12-megapixel main sensor is identical to the iPhone 13 Pro. However, the 6.7-inch AMOLED has evolved from the iPhone 13 and still only supports 60 Hertz – instead of the 120 Hertz from the top model. Otherwise, the satellite emergency call feature adds something completely new. Also strong: The iPhone 14 Plus supports Bluetooth 5.3 and the 13 Pro model only Bluetooth 5.0. This is particularly important for the new AirPod models, which have learned a few new tricks with Bluetooth 5.3.

Technical data of the iPhone 14 Plus at a glance

So the technical mix is ​​quite interesting and confusing at the same time. There’s a lot from the iPhone 13 Pro Max, but some things aren’t. In addition, with the satellite emergency call there is something that is only reserved for the 14 series. The decision to adopt a large part of the hardware from the predecessor is probably mainly due to the fact that the differences should be significantly higher in order to justify the price. In addition, in times of chip crisis and production problems, it is also pleasant to fall back on what you already have to use the premium features in the flagship. 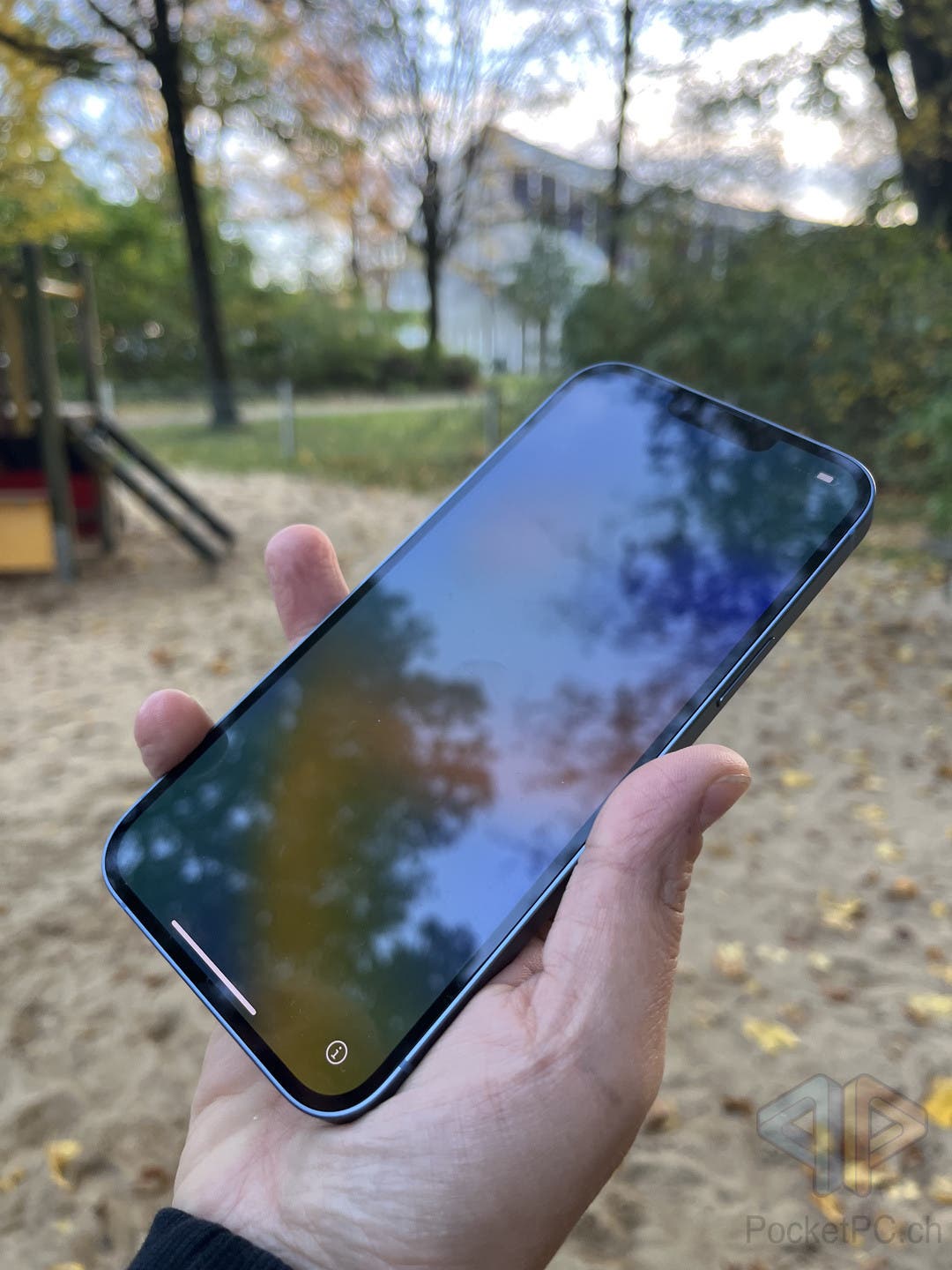 The display of the Apple iPhone 14 Plus. Image: PocketPC.ch / Walter-Jeanrenaud

Display in the test: Unfortunately, 60 Hertz is not enough for this price structure

In the iPhone 13, this point might have had to be accepted with a lot of gnashing of teeth, but with the iPhone 14, this patience is also slowly being used up. While manufacturers of Android smartphones are now installing outstanding AMOLED displays with 120 Hertz in smartphones – even for less than 300 euros / Swiss francs. The iPhone 14 Plus comes with a 6.7-inch diagonal AMOLED display with a maximum of 60 Hertz and the display is not even dynamic in order to be able to save power. WHY?! The iPhone 14 Plus costs 1049 euros Swiss francs or 1149 euros. That’s a premium price for a premium product with one of the worst displays, at least on paper, up to the “500 franc class”.

However, the display in the iPhone 14 Plus has to be credited with the fact that it still masters Dolby Vision and has very good color reproduction. Colors are excellently balanced and the extremely high resolution of 2778 x 1284 pixels is a feast for the eyes, especially in games that also support this high resolution. Of course, the iPhone 14 Plus display is probably the best display with 60 Hertz, but it competes with completely different devices costing more than 300 francs, so the Hertz point in particular is hardly bearable.

iPhone 14 Plus camera review: One of the best snaps on the market

The iPhone 13 Pro (Max) already delivered some of the best images on the market in 2022 with its sensor shift technology, the significantly improved sensor and lenses. Now that same 12 MP main sensor is also found in the iPhone 14 and what more can we say: It’s still one of the best cameras. Like any other smartphone, the iPhone 14 Plus has a hard time in the dark, but the results are usable and absolutely acceptable for such a top class.

In the light, on the other hand, the sensor really works. The images are extremely detailed, a strong white balance and high color fidelity are also strengths of the model. The ultra-wide-angle sensor falls a little behind due to the very weak aperture of F/2.4. The results here aren’t quite as good as those of the iPhone 13 Pro Max, for example, but the photos are still good. In addition, the iPhone 14 Plus has something ahead of the previous Pros: The new 4K cinema video mode is only reserved for the 14 models. The iPhone 13 Pro Max is limited to a maximum of 1080p in cinema mode.

Apple A15 Bionic still destroys all other Android smartphones today

I beg your pardon? Apple is still installing the previous processor from 2021 in the iPhone 14?! On the one hand “unfortunately yes” and on the other hand you still get one of the fastest mobile processors ever. The performance is just out of this world for a phone. Genshin Impact runs absolutely smoothly in maximum details at 60 frames per second. at Diablo Immortal the same: maximum settings including 60 FPS mode. For comparison: The Samsung Galaxy S22 Ultra, which was released in 2022, does not even manage a smooth 30 frames per second in minimum settings. Neither in Genshin Impact nor in Diablo Immortal.

You can even do video editing on the iPhone 14 Plus display and cut and render entire 4K videos and they’ll be ready in just a few minutes. Apple’s processors have increased in performance so immensely in recent years that it is often hard to imagine that this power comes from a cell phone. But the whole thing can still be seen with a drop of bitterness: Although we have the latest generation of iPhones in front of us, the latest iPhone does not get the latest Apple processor.

Nevertheless: the Snapdragon 8+ Gen 1, which came onto the market in devices from mid-2022, cannot keep up here either. Only the Snapdragon 8 Gen 2 should become a competitor for Apple and whether it can actually compete with the Apple A16 Bionic from the iPhone 14 Pro remains to be seen. With the A15 Bionic you will have enough power for the next five years and really for almost all applications.

Battery life is brutally long, but not on the level of the iPhone 13 Pro Max

The iPhone 14 Plus also has an immense advantage. It has roughly the battery size of the iPhone 13 Pro Max (4352 mAh) and this has been celebrated on the web for its strong endurance. Our editor Marcel can also confirm the long runtime with his privately used device and that is exactly what we have now found with the iPhone 14 Plus with 4323 mAh. With average daily use, for example surfing the net, using several messengers such as WhatsApp, Signal and Threema as well as a little gaming, the model does not even begin to break down. Two or even three days with a slightly lower display brightness are easily possible here – an incredible benefit compared to the very low battery of iphone 13 mini.

In the long-term test while gaming on the couch, around five hours of continuous load and, depending on the game, even more were possible. However, one notices that the iPhone 14 Plus does not quite come close to the times of the iPhone 13 Pro Max and maybe also the iPhone 14 Pro Max, but is slightly behind. However, the “minimum” is so negligible that it is still a really good runtime, with which you can easily get for several days.

With a corresponding power supply, the iPhone 14 Plus can also be charged relatively quickly. According to Apple from 0 to 50 percent in 30 minutes. Now, while this isn’t terrifically fast, it’s okay. With MagSafe, 15 watts are possible wirelessly and with Qi at least 7.5 watts.

Conclusion: iPhone 14 Plus is unfortunately a double-edged sword

Apple’s choice to put the A15 Bionic and the same main camera from the iPhone 13 Pro Max in the iPhone 14 Plus and so drastically increase the price of the new models was definitely a mistake in our eyes. Because the street prices of the iPhone 13 Pro and Pro Max are currently falling. So with the iPhone 13 Pro Max you get the slightly better device in all respects, especially a ProMotion display with 120 Hertz, which in 2022 probably had the best display in the mobile phone industry.

For the iPhone 14 Plus, however, you are currently putting 1,049 Swiss francs or 1,149 euros on the table. That’s a lot considering the hardware from 2021, which is still superior to many other Android devices (Apple A15, for example), but can also be found in the iPhone 13 Pro Max. While you also get the new Satellite Emergency Call feature, this might just be a nice to have, but probably not a deal breaker for most people.

Anyone who is currently looking for a top smartphone and can invest the 1,000 francs is well served with the iPhone 14 Plus. However, it is also worth looking at offers for the iPhone 13 Pro Max, which is a lot stronger in terms of the display and is sometimes already offered in the same price range.

You can buy the iPhone 14 Plus directly at Apple or any other electronics store. In the smallest storage variant with 128 GB of storage space, it costs 1,049 Swiss francs or 1,149 euros. The medium-sized device with 256 GB costs 1,169 Swiss francs or 1,279 euros and the largest version with 512 GB costs 1,409 francs or 1,539 euros. It is available in five different colours, namely light blue, midnight, violet, polar star white and product red.