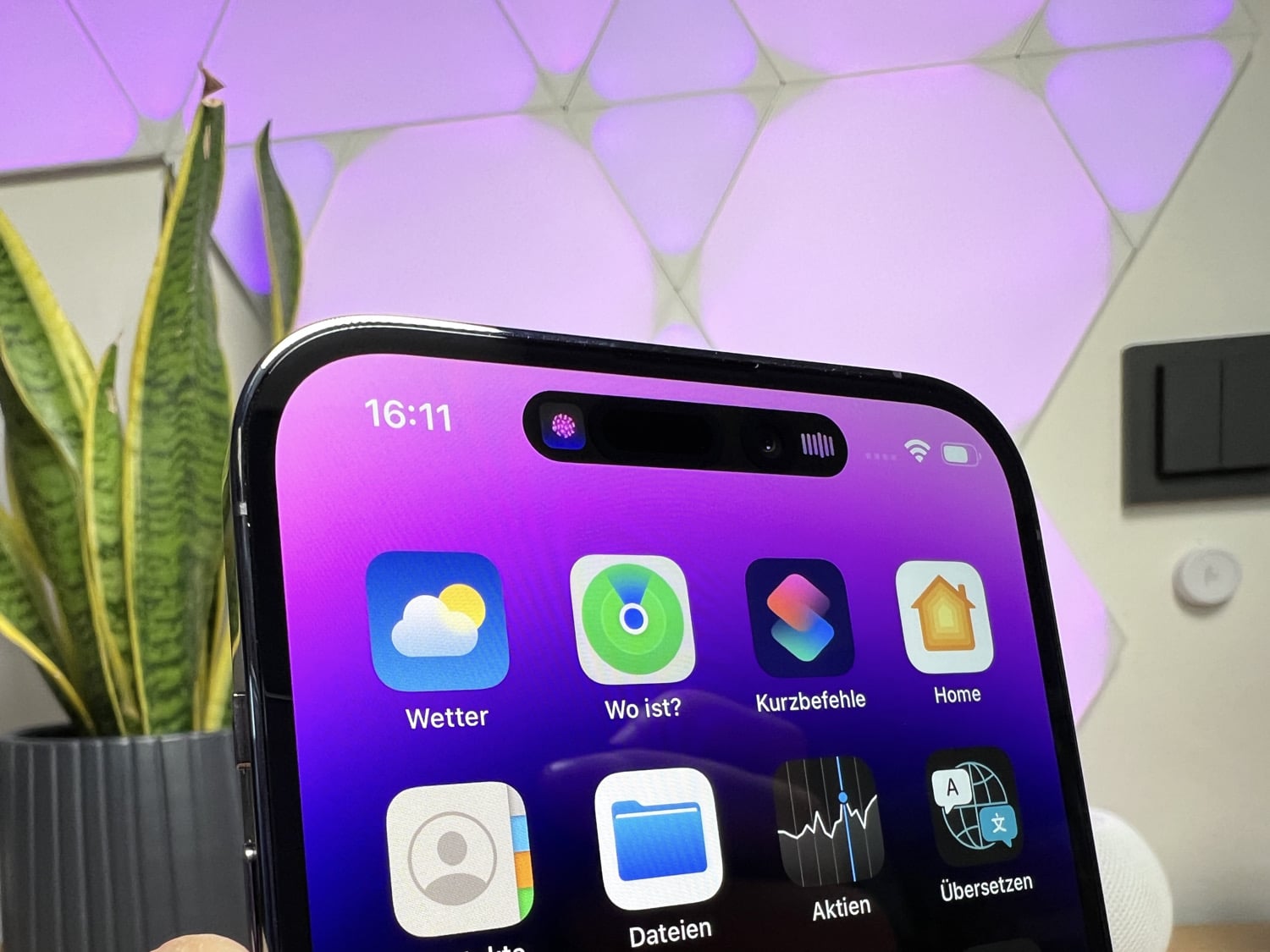 For the first time, Apple installed a display including a small pill-shaped notch in the new iPhone 14 Pro (Max). According to a report by The Elec Apple has asked the largest display supplier Samsung to use a more advanced production method. This should protect the surrounding display from possible damage and loss of image quality.

According to The Elec, Apple has asked Samsung to use additional inkjet equipment when manufacturing the high-end iPhone displays to create the notch recess while preserving the surrounding OLED panel. In order to create the pill-shaped design in the screen, Samsung had to drill a hole directly into the OLED display. However, there is a possibility that the surrounding pixels and panels will be damaged, exposing them to oxygen and moisture. According to The Elec, Samsung has therefore built a dam that separates the pill-shaped cutout from the surrounding pixels.

“This is due to the first punch-hole display used on the iPhone 14 Pro range. In order to create a hole for the lens of the front camera, etc. on the top of the OLED screen, a hole needs to be drilled in the post-process (module process). If the thin-film encapsulation is damaged, the OLED is exposed to moisture and oxygen, drastically reducing the product’s lifespan.

Because of this, Samsung Display is known to have built a dam separating the hole from the rest of the area after manufacturing the thin-film encapsulation and touch electrodes in the iPhone 14 Pro line OLEDs using inkjet printers, and flattened areas of uneven height Has. Samsung Display was able to do this process with a laser rather than an inkjet printer, but it is said that Apple preferred the inkjet method.”

Apple’s supplier Samsung is considered an expert in the field of display production and has also gained extensive experience with screen panels with notches in the past. According to The Elec, Apple’s second display supplier, LG, has also used the same method outlined above for the iPhone 14 Pro and Pro Max models.