In addition to the new always-on display and the Dynamic Island, the new A16 chip is one of the biggest innovations of the iPhone 14 Pro models. But how new is the A16 Bionic actually? Is it after Macworldthe new chip differs only slightly from its predecessor. 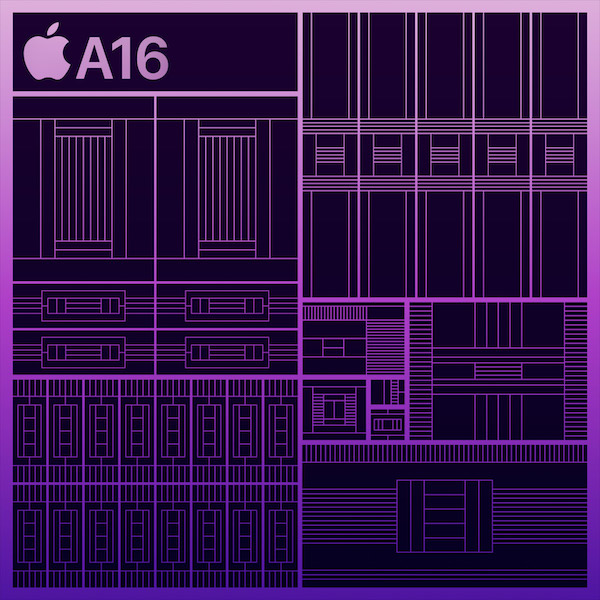 What has changed compared to the A15 Bionic?

In the wake of the iPhone 14 generation, Apple uses the A-series chip as a differentiator between the Standard and Pro models for the first time. The iPhone 14 Pro and Pro Max will get the new A16 chip, while the iPhone 14 and Plus will get the A15 chip from last year’s models. This decision is likely part of Apple’s strategy for greater product segmentation.

Macworld’s Jason Cross has now looked into the design of the A16 chip and found that it’s mostly identical to the A15. At the launch of the iPhone 14, experts pointed out that Apple likes to refer to the A16 chip as a 4nm chip, while TSMC – the manufacturer of the chip – speaks of an improved 5nm process.

Cross takes up this point:

According to Apple, the chip is manufactured by TSMC in a new 4nm process, making it the first processor of this type in a smartphone. However, it’s worth noting that TSMC’s “N4” process isn’t actually a 4nm process. TSMC even describes it as “an improved version of the N5 technology”. While it is a more advanced process than previous A-series chips, it is not a true next-generation silicon manufacturing process.”

The number of transistors has increased, but only from 15 billion to 16 billion – a much smaller jump than usual. The other key data are the same as the A15: 2 high-performance cores, 4 efficiency cores, 5 GPU cores and 16 neural engine cores.

Cross notes that both the CPU and Neural Engine have either an identical or nearly identical architecture to the A15. Still, benchmarks have confirmed an improvement in performance. The fact that Apple was able to improve the already fast A15 again is probably due to the increased clock rate. In addition, Apple now uses LPDDR5 instead of LPDDR4x memory. Cross explains:

“Given that the CPU architecture hasn’t changed much, just running at up to a 7 percent higher clock speed (and having more memory bandwidth available), we should expect most CPU benchmarks to show performance increases of 10 percent or show less.

A quick look at the Geekbench 5 numbers shows us that the maximum single-core CPU performance actually appears to have increased by around 8 to 10 percent compared to the A15. Multi-core performance is slightly better, but it’s likely that these tests can better utilize the chip’s caches and therefore benefit from the increased memory bandwidth.”

The fact that the A16 chip is just an incremental improvement over the A15 chip explains why the base iPhone 14 model with its A15 also gets new features like the Photonic Engine, Action and 4K Cinema modes. This shows that Apple’s SoCs (System on a Chip) have now reached a level where you don’t have to worry too much about chip upgrades. Even the upcoming step to the 3nm process will not turn the world upside down, although there is no doubt that the focus on efficiency will make an already very good chip even better in the future.