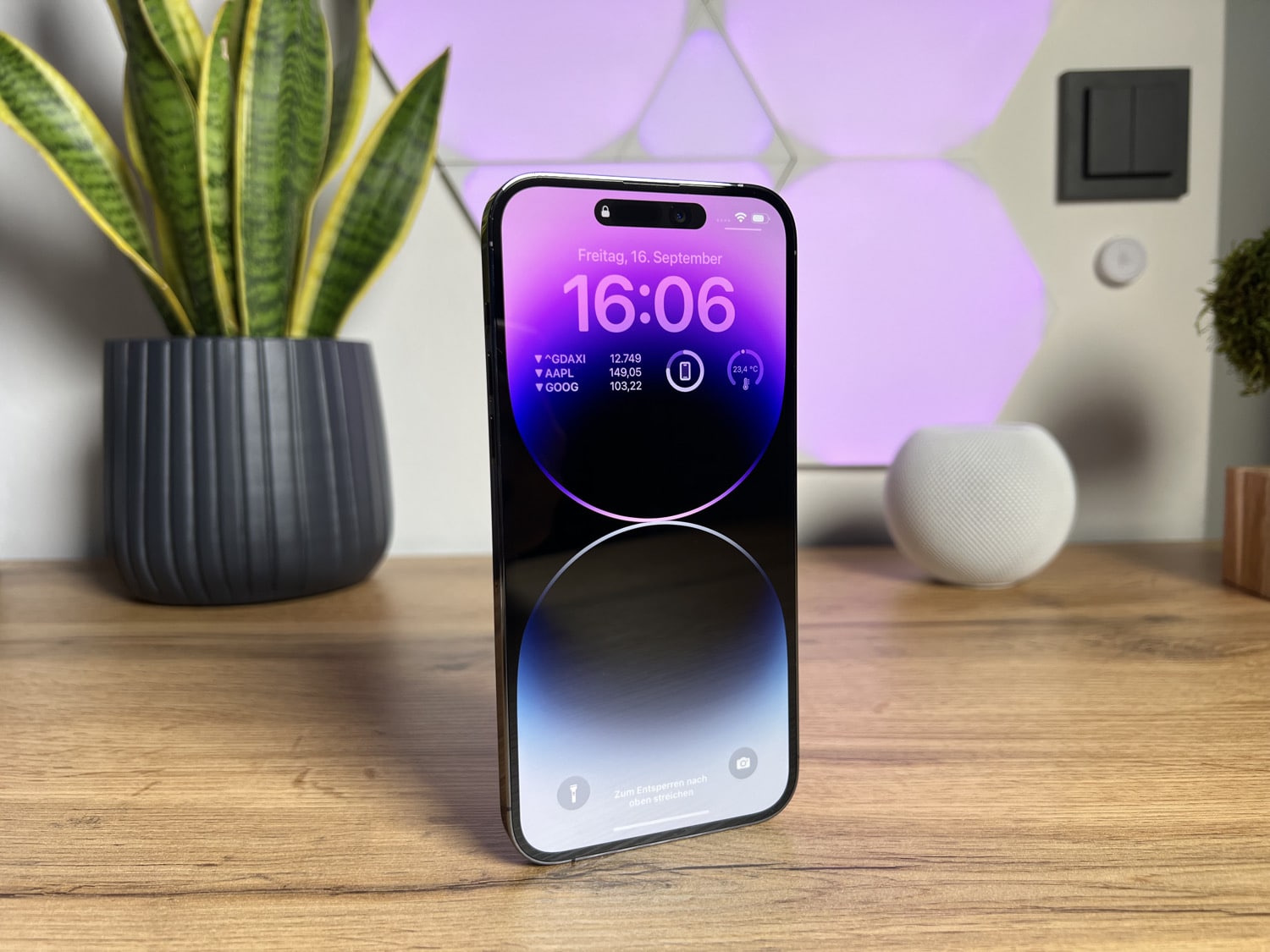 The feature has been known from Android smartphones for some time: the always-on display. Apple followed up with the iPhone 14 Pro and iPhone 14 Pro Max in September last year and also gave the flagship models such a function. After the release of the two smartphones, however, there were increasing reports from users who complained about the battery draining too quickly when the always-on display was switched on, which went beyond normal proportions.

This is probably also due to the fact that the iPhone 14 Pro (Max) display only shows a dimmed background instead of a black screen with the date and time. However, with iOS 16.2 released last month, Apple has now made changes to the lock screen that allow you to hide the wallpaper or notifications when the always-on display is enabled. With these new requirements, the YouTube channel PhoneBuff did a 24-hour comparison test and fully activated the always-on display, set it up with a black background and also switched it off completely.

Test conditions do not correspond to everyday use

Of course, one should be aware that the test undertaken by the YouTuber is probably not really suitable for everyday use. Typically, people use iPhone with Wi-Fi or LTE enabled, have various incoming messages and push notifications, use the device to check email, listen to music and podcasts, and more.

Nevertheless, the iPhone 14 Pro can show identical values ​​compared to the competition when it comes to the always-on display: Under the same conditions, Samsung’s Galaxy S22 Ultra also has a remaining battery capacity after 24 hours with the always-on display activated of 84 percent. Finally, you can watch the PhoneBuff comparison test in the video that we have included for you.